Microsoft has launched its new miniature laptop-tablet hybrid, the Surface Go 2, it is a great tablet for entertainment and light productivity, its small in size and also have a kickstand at the back.

But if you want to make it a 2-in-1 you gotta purchase the keyboard cover and there is also a processor upgrade that you may need if you want to use this product like a laptop.

The starting price of the Microsoft Surface Go 2 is at $400, making it an affordable 2-in-1 and it competes with the iPad Pro, but there’s a different the surface go 2 runs a desktop operating system making it easier to use as laptop whereas the iPad Pro runs the iPadOS.

In this price range, there are other choices for your money and your need too. You might wanna have a look at them like the Lenovo Chromebook Duet.

As we said earlier this thing starts at $400 which makes it affordable than most laptops and tablets compared with the performance this thing offers and other tablets and laptops offer being in a higher price bracket than the surface go 2.

With a screen size of 10.5-inches and a starting weight of 1.2 pounds (not including Type Cover) with this form-factor, it makes it easier to fit into a large purse or your small backpack. It has a convenient and sturdily built hinge that makes it much easier to use in a wider variety of scenarios than other tablets.

But there’s one thing to note about this surface go 2 that when you add up the cost of the accessories that Microsoft has for the surface go to and the upgraded internals, you will realize that you can purchase other laptops that are similarly powerful-or even more so- for the around the same price.

However, we can’t say we haven’t enjoyed using the Surface Go 2. In fact, it’s a very good companion during these hard times of home quarantine. The kickstand of the surface go 2 is more useful and convenient than I thought it would be. It accompanies as a great media consumption device and the kickstand on the back supports this device to stand anywhere be it in the table or bed.

The Surface Go 2 runs on Windows 10, a desktop operating system that gives it a fair advantage as a device used for work purposes. As you will be able to install any Windows program in the Microsoft Store and work in the desktop environment if you’re already familiar with the windows operating system or have previously used Microsoft Surface Go.

However, you might get attracted due to its attractive price point but if you’re going to get the Surface Go 2 for getting your work done then you might choose a more powerful machine that you may end up paying more than just $400.

And, while the Surface Go is a fine device for light productivity and entertainment, there are various options in this price range along with a more powerful processor, better and sturdy keyboards, and bigger displays. 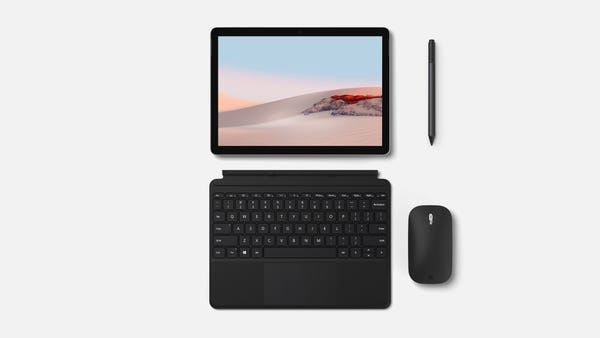 And if you are hoping to get some serious work done on this small laptop, you’ll probably need to go for the Intel Core m3 chipset model which starts at $630. And with the keyboard, this combo will cost you $730. At this point, you’re paying a premium sum for the Surface Go 2, which is around the same price range as the larger and more powerful Surface Pro 7 (which costs $750, with an extra of $130 for the TypeCover).

At this price point, you may want to consider some alternatives that are available in the market that offer a better value for your money.

While the Surface Go 2 comes with not-so-powerful hardware but starts at a lower price bracket the case with iPad seems to be the opposite. The iPad Pro, on the other hand, starts at a much higher price bracket and doesn’t come with a keyboard but has great hardware configurations.

All versions of the iPad Pro lineup are powered by Apple’s powerful A12Z Bionic processor and have a smooth screen with a variable refresh rate up to 120Hz which Apple calls it their ProMotion Display XDR. However, it runs on iPadOS which you may find difficult than Microsoft or MacOS.

While the Surface Go 2 runs on Windows 10 you may want to have maxed out processing power if you are planning to use Windows for work preferences. 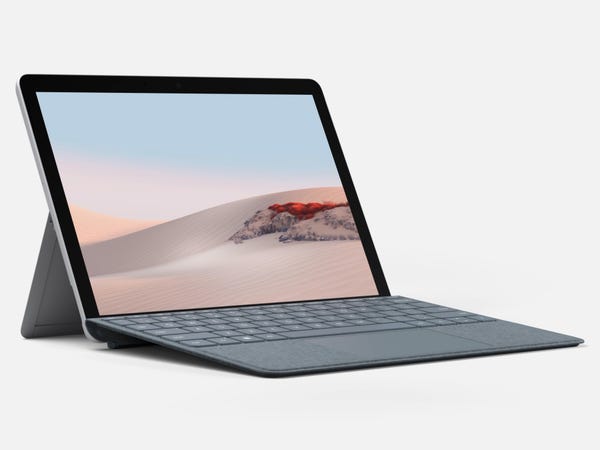 The Surface Go is overall a good laptop for work and entertainment purposes. But there are some areas that this laptop lacks behind in. In our opinion Surface Go 2  is best used as a complementary device along with your primary computer. While this display will feel too small to stare at for a long time of the day but it’s good for occasional email checks and messaging and other things too.

The TypeCover that Microsoft sells is a great keyboard case but still, it’s a cover so the keyboard doesn’t feel that sturdy as it needs to. It’s difficult to use this keyboard for long sessions of typing as it is not sturdy enough.

The Go 2’s size and kickstand at the back make it great for entertainment and web browsing but if you’re looking for a tablet for this purpose then you might want to look at other stuff like an iPad or Andriod Tablet, whichever system you prefer Andriod or iOS.

Overall the Surface Go 2 is a fun laptop as I said for you Netflix streaming and keeping an eye on the emails and work-stuffs while you’re away from your main computer. But you gotta spend a well-over $500 for that base-model and that keyboard. To be honest I’m still confused about the purpose that Microsoft has made this laptop for. Anyways it’s not your average laptop that you see here and there. Let me know your thoughts below in the comments section.