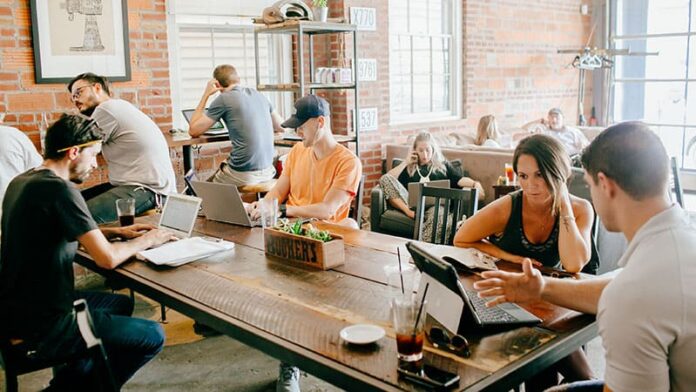 Technology hubs are the foundation of tech companies, and any city with the tag of comprising the topmost tech hubs has access to professionally trained workers. Moreover, these trained workers are eligible enough to fill in several job positions in the tech sector. There are infinite companies which look forward to welcoming tech employees, including Dell, Apple, Accenture, Workday, IBM, Deloitte, and Wells Fargo. 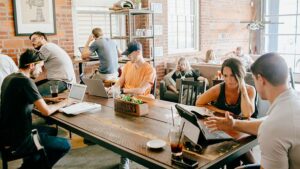 Talking about the trending technology hubs in North America, one thing is certain there are many tech hubs in cities other than the predominant Silicon Valley. Initially, Silicon Valley became renowned as a tech hub because of its strong military influence as well as the research and development conducted at Standford University.

Let us dive deeper into the details of these tech hubs prevalent in North America.

Atlanta, Georgia’s capital, is home to some of the top-notch tech companies, such as Secureworks, Fiserv, and Urjanet. Moreover, there are infinite stories of success associated with this place. For instance, AirWatch, Mail Chimp, ClearLeap, Internet Security Systems, Pindrop, Kabbage, etc. According to official data, Atlanta secured the first position in CompTIA’s Diversity Tech. Also, Atlanta’s position results from diversity, growth, potential, and affordability. Moreover, several companies are looking forward to expanding their technological base to this city like AirBnB, Microsoft, Alphabet, and Apple. Atlanta also consists of prominent software companies, such as BetterCloud, AptAmigo, Ebix, OneTrust, Convoy, etc.

Additionally, around 10,696 tech companies are in Atlanta and have opened up possibilities with 109,263 job positions in 2022.

Austin is well-known as the “Silicon Hills”, with over 6,500 technological businesses present here. Approximately, 5.7 percent of these companies belong to manufacturers, whereas 94 percent fall under the non-manufacturing industries. Apple, Tik Tok, Tesla, Facebook, and Oracle are all tech giants which have made Austin their home. Apart from this, several tech companies in 2021 moved to Austin from Portland, Dallas, San Fransisco, and North America. These companies are Crowdstreet, NinjaOne, BluePallet, Harmonate, Tesla, and GreenDot.

Some of the prominent tech companies in Boston include Acquia, ASICS Digital, and Alteryx. Boston is also a significant place for SAAS companies, and also comprises topmost service- providing companies like SEMRush, Akamai (Cybersecurity specialist).

The information and technology sector saw an increase in jobs between 2021 and 2022 by 4.1 percent. Moreover, the workforce also increased by 126,800. On the other hand, this place is experiencing a dramatic growth in the number of graduates falling under the occupations associated with STEM. Additionally, between 2015 and 2019, there was a 92 percent rise in candidates completing their computer engineering degrees.

Not only this, in 2021, 131,990 workers belonged to the tech industry and further comprised 55,690 Software Developers, 13,960 support specialists (computer) and the Computer Systems Analysts accounting for 12,500.

In 2019, CBRE released a report that revealed that Toronto fought a great deal to come up at the fourth ranking and to attain the power to be among the three most prominent markets in the tech industry. Toronto is also competing against more established cities like San Fransisco and New York. Now according to the latest data, Toronto, Canada, is the 9th most famous city with high technology, and it consists of worldly reputed companies, such as Netflix, Doordash, Shopify, Amazon, Google, and Uber.

Moreover, tech occupations drastically increased by 42.8 percent from 2015 to 2020. Those interested in applying for tech-related jobs in Toronto can move to Canada using Express Entry Canada or the Provincial Nominee Program.

Several high-end tech companies chose to extend their industry to Chicago, including Amazon and Uber. The growth rate of tech occupations was relatively modest, up to 4.6 between 2015 and 2020. However, the average wage witnessed a rise of 15.3 percent in this city.

Detroit recently underwent a technological revolution and is currently experiencing several new companies arriving in Motor City. Major technologically leading companies and enterprises have embraced this city, such as Amazon, IBM, Google, Apple, and Microsoft. Additionally, it also consists of several regional offices for companies like Twitter, Linkedin, and Cisco. The official data claims that there has been a rise of 4.5 percent in tech occupations, along with a salary increase of 11.7 percent on average between 2015 and 2020.

Seattle is home to some of the massive and prominent tech companies globally, like Google, Microsoft, Getty Images, Amazon, and Tableau. The city witnessed an impressive increase in technology employment up to 35.4 percent between 2015 and 2020. The average salary increase within the same timeframe accounts for 15.3 percent, according to CBRE’s 2021 report.

Washington, DC comprises a population of around 670,050, out of which 49,000 individuals worked in the tech sector as of May 2021. The tech occupations include Information Security Analysts, Software Developers, and Computer Systems Analysts.

Top tech companies in this place include Amazon, LivingSocial, Arcadia, and EVERFI.

In 2021, the Startup Genome published in its report that New York observed funding worth US$ 10.2 billion in its initial stage of start-ups. Per the statistics, this place managed a rise of 6.7 percent in tech occupations between 2015 and 2020. Moreover, it also saw an increase in average wages of tech occupations, up to 13.3 percent.

San Francisco has had a history of attracting significant tech companies. Per the data, around 161,110 individuals work in the technological sector in San Francisco. Additionally, as many as 64,460 people work as Software Developers here as of May 2021. Although this city is no longer in its fifth position per the record of 2021, job positions are likely to rise up to 13 percent between 2020 and 2025. The top companies in the city associated with the tech industry include Google, Linkedin, Slack and Netflix.

Several regions in North America are flourishing immensely due to the ongoing prominent tech sector. Hence, the tech industry in North America is not just restricted to Silicon Valley and has made its mark by expanding to other regions as well.