The multiplayer mode is available in Call of Duty: Black Ops Cold War giving anti-solo players something to be grateful for. You’ll still go into the game shooting anything that comes in your way, pretty much as you would during solo games. There is a catch, though.

Unlike your solo Cold War matches, you now have other players to carry along. You can learn the game’s tricks through experience, but it will be easier with the tips in this article. You can also use some Black Ops Cold War hacks to boost your game success further. 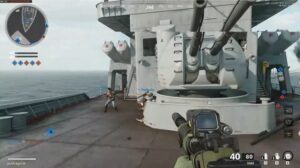 1. Experiment with the settings

You don’t want to make a common mistake most inexperienced gamers make. They head into the game and start playing with the default settings. While this might favor some persons, it won’t work for most players.

Once you get on the game, you must experiment with the settings to find one that is comfortable for you. An important area you must consider is sensitivity. Keep both the horizontal stick and vertical stick sensitivity at 5.

2. Avoid the middle of the map.

Imagine playing in Raid; when you get into the game, the surest place to go is the right. Once you get closer to the big circular statue, you’ll start seeing other players approaching from your front. This gives you the advantage of taking the closest cover and taking out as many enemies as you can.

3. Step up your guns

It is very okay to upgrade your guns with beautiful skins. The only good this does for you earns you some bragging rights among your friends – that’s no good after all. The most important things you can ever get on those guns are attachments.

The attachments help to boost the performance of your guns in different ways. However, you should go for attachments that the gun needs the most. The Grau, for example, is weakest when it comes to its recoil. Some of the best attachments that will help you with this are the Agency Suppressor and the Airborne Pistol Grip.

Things can suddenly go south in a Cold War match. Most times, it could be 100 percent not your fault. However, you can reduce the chances of this happening by looking around you at the slightest chance you get. Note that you can’t stop an enemy from sneaking up on you, but you can reduce the effect of such encounters.

While you can use footstep sound to tell that someone is approaching, you can tell an enemy from a friend. Thankfully, the game already has some tools that you can always use to look around you. Some of the tools are Spy planes, field mics, and proximity mines. Furthermore, you can’t tell if an enemy followed you; always stop and look at the route you just came through.

5. Don’t be stationary for too long.

Cold War has a ping feature that allows you to disclose an enemy’s location to your teammate. You must note that opposing teams can also use this tool. If an opponent pinged your location to their team members, you wouldn’t be safe even if you killed that foe.

It’s just a matter of seconds before the pinged team members close in on you. To avoid this, you must always leave such locations or behind a cover once you’re done with that area. Furthermore, don’t get too comfortable behind a cover; there could be a sniper in the distance.

You can always come out victorious in Call of Duty: Black Ops Cold War, though it’s not always easy. The settings are an important factor you must consider whenever you get on a new game. This will help you make your movements and take action at your own pace.

We can’t guarantee you that you won’t get killed; after all, even the best gamers get killed sometimes. A key way to minimize your death chances is by staying in a location where all your enemies come from the direction you’re facing.