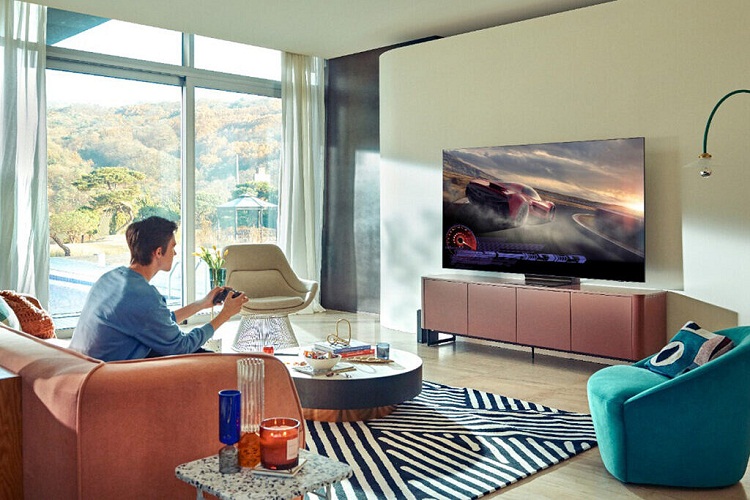 Television technology is one thing that has been constantly evolving over the years. Some of you probably remember those old TVs which had small square screens and huge bodies. Things have really changed for the better since then! Now, TVs are becoming slimmer with larger screens and crisper image quality. Developments such as LCD and LED technology have helped companies create better TV sets with every iteration. This means that cable TV connections have also improved their picture quality and offer high-resolution options, with 4K channels also there. You just have to explore websites like TV and Internet deal to find such options. 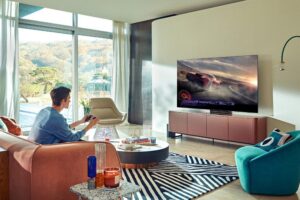 While OLED TVs have been in the general vocabulary for some time now, lesser people know about Neo QLED TVs. Neo QLED technology is one of the latest developments in television sets, and offers numerous benefits over older models. However, as TV technology has already been developing quite well, how much of a difference does it really make? Learn what this technology actually is and how it holds up to prevalent technologies such as OLED TVs.

What is Neo QLED?

Neo QLED is basically the latest iteration in quantum dot technology TVs. While the older technology used conventional LED backlighting, the Neo QLED TVs use mini-LED backlighting. This means that companies can fit in more LEDs into the TV, and group them into several different dimming zones.

This results in better contrast and brightness, leading to crisper picture quality and richer colors. However, these TVs are not true LED technology, as they are basically LCDs with quantum dot technology. However, they are a good upgrade over many previous TVs, and you can see the difference, especially if you’re very particular about image quality. Currently, OLED TVs are considered among the highest tiers in TV technology, and Neo QLED TVs will probably be compared with them.

How is it Different From OLED?

Neo QLED TVs have LED backlighting, which is grouped together in various dimming zones. This means that this technology’s diodes do not emit their own light, and need a backlighting source to function. On the other hand, OLED’s diodes produce their own light, as they are made of organic compounds which emit light when an electric current runs through them.

OLED TVs are known to emit around thrice as less blue light as other televisions, and are considered to be safer for the eyes.

When it comes to LCD and Neo QLED TVs, haloing is a slight issue that has been persistent since their inception. This basically refers to the slight halos you’ll see around bright colors on your screen. With OLED TVs, this is not really a problem, as the individual diodes light up themselves, resulting in a crisp picture without any leakages. While previous QLED TVs had more noticeable haloing, the current Neo QLED technology has greatly improved on this.

The thing about OLED technology is that it has been consistently quite expensive since its inception. There is also lesser variation in its quality and pricing, so you’ll definitely have to shell out a considerable amount of money for a large QLED screen.

On the other hand, there is considerably more variation in Neo QLED technology, both in pricing and quality. Therefore, you can probably find an option which fits your budget. In addition, as Neo QLED technology is basically updated LCD technology, the prices are naturally lower, so you won’t have to spend quite so much.
Basically, there are many subtle differences between OLED and Neo QLED TVs. However, do these really affect the quality so drastically? You need to weight these differences carefully to really make a buying choice.

Which One is Better?

Once you’ve gone over all the differences, you’ll see that both OLED and Neo QLED TVs have their own advantages. While OLED TVs have less haloing, and crisper contract, Neo QLED TVs often offer better brightness.
In addition, while OLED TVs pretty much have the same sort of picture quality across the board, this really differs between different models of Neo QLED TVs, so there isn’t really any consistency. However, Neo QLED TVs can be significantly less expensive, so they’re a much more accessible choice.

Should You Get a Neo QLED TV?

Now that you have a clear overview of what Neo QLED TVs are, and how they hold up to other TV technologies, you can make your buying decisions with a clearer mind. However, neither OLED nor Neo QLED TVs are an obvious choice.
Instead, you need to weigh all your factors carefully and see which option works better for you. If budget and size options matter to you, then you should go for a Neo QLED TV. However, if you’re extremely particular about haloing and other such image quality issues, then you should get an OLED TV. In either case, you won’t benefit from the technology unless your cable TV provider or your gaming systems have the capacity to offer such clear picture quality. Therefore, the decision is completely yours, so you should make it according to your needs.

Currently, Samsung is the forerunner in QLED and Neo QLED TV technology. Its 2021 lineup for Neo QLED TVs includes four 4K options and three 8K options. Their sizes range from 50 inches to 85 inches, and the prices can go well above USD 3,000.

While quantum dot technology is Samsung’s proprietary terminology, there are other companies offering the same technology with different names. LG, TCL, and HiSense all have mini-LED technology televisions sets with all the features of a Samsung neo QLED TV.

To sum up, Neo QLED TVs are an exciting technology in the television sector. You need to consider their various advantages and drawbacks compared to other technologies and make your decision accordingly.